What is the difference between a data breach & data leak? 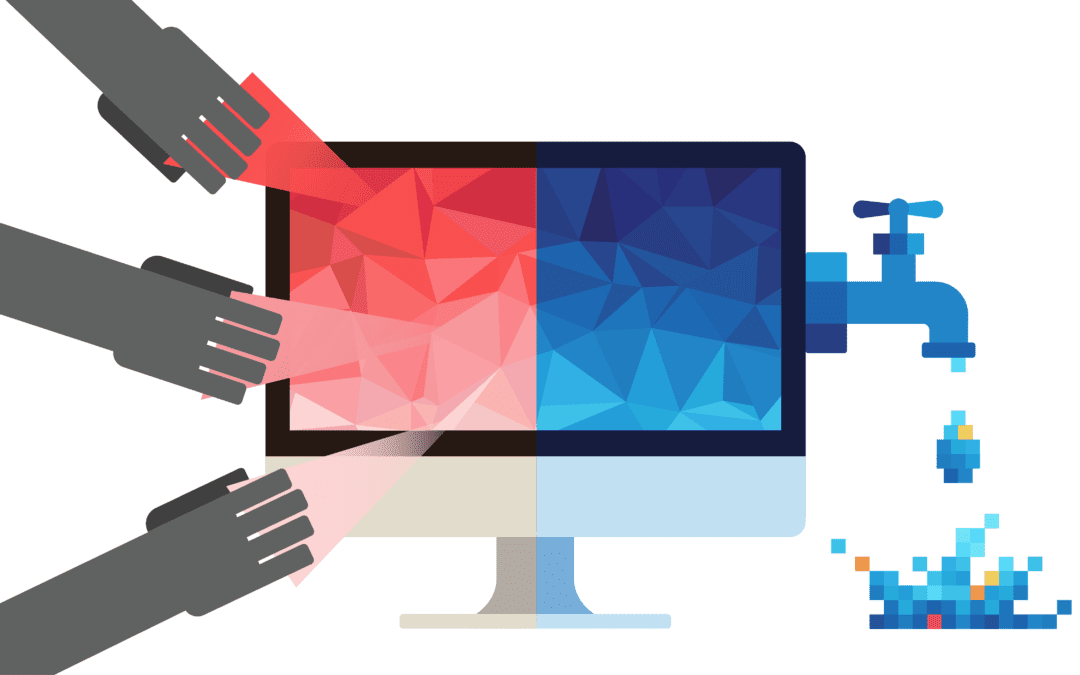 In the world of cybersecurity threats, you’ve probably heard the terms’ data leak’ and ‘data breach’ used interchangeably. While these incidents have some things in common, they are two very different terms.

To effectively protect your data, you need to know the risks it faces; this means having a thorough understanding of data leaks and data breaches. So, let’s dive in.

Data leak: A data leak occurs from the inside out. It happens when an employee or partner exposes data to unauthorized recipients. They can do this accidentally or deliberately. The most famous example of an intentional leak is probably Edward Snowden, who exposed highly classified information about numerous global surveillance programs in 2013.

On the accidental side, we can look at the wave of exposed Amazon S3 buckets frequently caught by security researchers. These data leaks occur to cloud misconfigurations or poor security controls instead of being the work of a malicious insider.

The tricky thing about data leaks is that, when data is left exposed on the internet for a long time, we don’t know who might have seen it, downloaded it or tampered with it. Indeed, a data leak can foreshadow a data breach, should a malicious actor get their hands on an exposed database or system.

Data breach: By contrast, a data breach occurs from the outside in. It happens when an external attacker infiltrates your company to steal sensitive data or launch an attack. Data breaches are a costly expense that can negatively impact a company’s reputation, finances, and customer loyalty. According to IBM, the average cost of a data breach in 2021 was a staggering USD 4.24 million.

Most data breaches are caused by hacking or malware attacks. Other standard attack methods include phishing, DDOS attacks and credentials compromise.

What’s the difference between a data leak and a data breach?

Another difference between the two is the levels of exposure. When a data leak occurs, it’s often impossible to know how long the data has been exposed for and who has accessed it. On the other hand, with a data breach, you can be sure that your company data has been compromised–and might even be up for sale on the dark web.

Data leaks can happen for several reasons. Here are some of the most common causes:

Data breaches can also happen for numerous reasons. Here are some of the most frequent causes:

How to prevent data leakage and data breaches

The causes of data leakage and data breaches are multi-fold. So, your defense strategy needs to be multi-layered too. No one solution will thoroughly protect your company from the myriad of threats out there. You need to take a holistic, data-centric approach to security. Here’s how:

To protect your data from leaks and breaches, you need to know where it is and control who has access to it. This is where data classification becomes integral. Data classification is the process of organizing data according to its type, sensitivity, metadata, and perceived value to the organization. A good data classification strategy is the foundation of data security, helping you implement data access controls, develop data protection policies, and improve visibility and control.

It’s worth noting that, in the age of the cloud, finding and classifying sensitive data isn’t as simple as it once was. Chances are, your information is strung across your collaboration tools and cloud applications. It’s unstructured and harder to detect. The good news is that there are solutions out there that are designed to identify, classify and protect data in the cloud, known as CASB 2.0s.

2. Protect your most sensitive data

Once you know where your data is, you can start protecting it. We advise turning to a CASB 2.0 framework, or cloud-based DLP provider, to assist you. These solutions extend data protection outside of the corporate network and directly into SaaS applications, giving you much needed control and visibility over how data is being used and stored–no matter where it travels.

As well as utilizing DLP, it would be best to incorporate identity and access management policies based on the principle of zero trust. Lastly, we advise that you put in place strict guidelines and auditing measurements to avoid cloud misconfigurations.

Proactivity is key to getting ahead of your adversaries. We advise that you assess your company for information security risks and put strategies in place to mitigate them. If you’re unsure where to start, consider looking at an industry-standard like the National Institute of Standards and Technology (NIST) Cybersecurity Framework.

Security training is an integral part of any enterprise security strategy, but annual away days rarely have the desired impact. Look for a training solution that integrates directly into your employees’ workflow, offering them helpful prompts and nudges towards security-conscious behavior.

Ultimately, while the causes of data breaches and data leaks vary, the impact can be the same: sensitive data loss, compliance fines and a loss of brand equity. To protect against both risks, focus on creating a security strategy that is centered around safeguarding data anytime and anywhere.